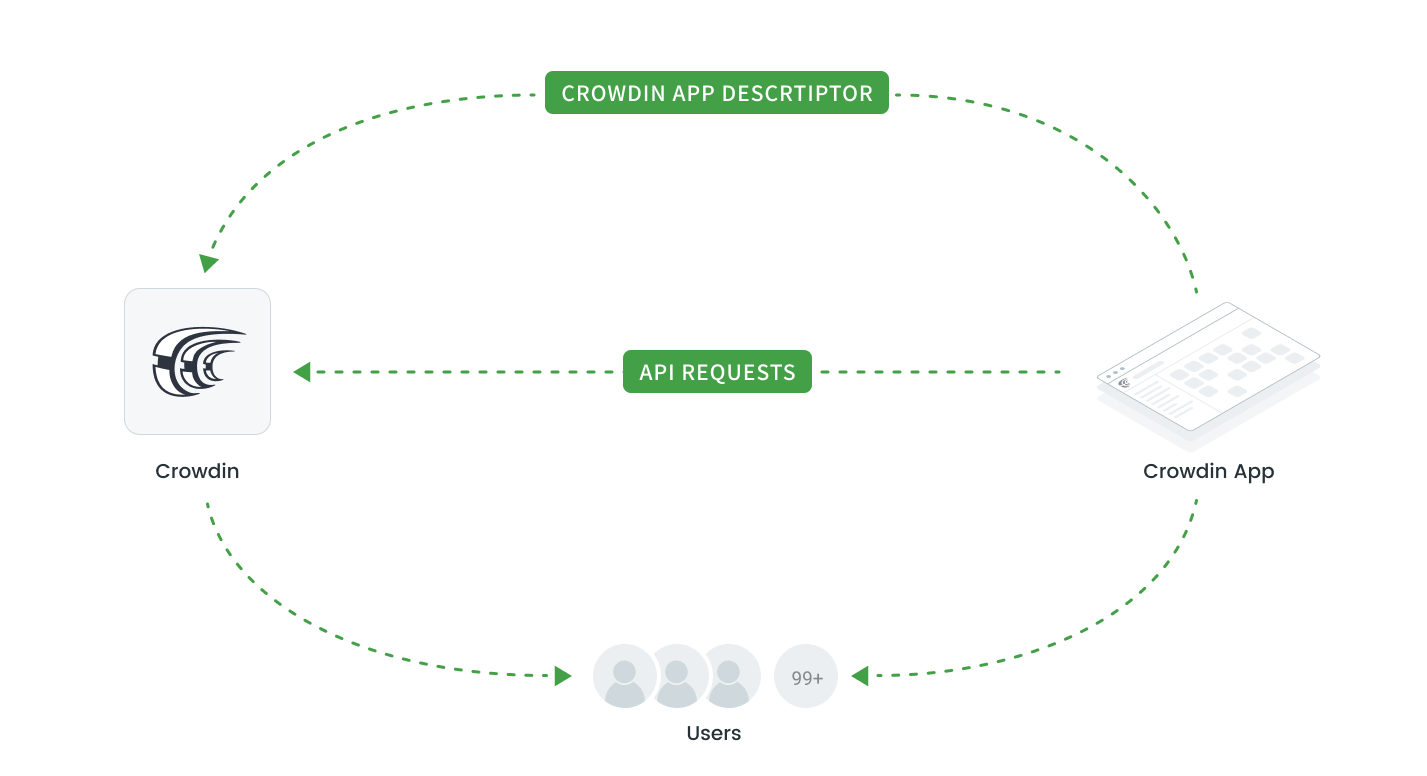 To make the process of getting started with the Crowdin Apps development easier we’ve preparred examples to showcase the integration of Crowdin with outer services like Mailchimp and SendGrid. Read more about Crowdin Mailchimp Example and Crowdin SendGrid Example.